In the 20th century, the demand for building materials was brick and concrete. The cellular concrete at that time was just beginning to be developed. Now the manufacturing of foam concrete occupies a leading position in the construction industry.

he thickness of the brick wall was at that time about 60 cm. The manufacturing of foam concrete reduced it to 40-50 cm, and this was a great achievement, which immediately reduced the costs and labor intensity and energy intensity of the construction industry.

From this concrete began to make large blocks and wall panels the size of “per room”: information about the large-panel Moscow Cheryomushki rattled throughout the country. In the same place, where there was no lightweight concrete, they tried to make brick panels.

The construction boom, which was based on large-panel five-story buildings (sworn now “Khrushchev”) was a great boon for the people. And it would not have acquired such a scale, had it not been for domestic developments in the field of concretes, in the first place, the great scientist N.A. Popova.

Lightweight concrete has become possible due to the use of porous aggregates, for example, expanded clay – burnt clay balls, as well as other similar materials: thermoset, shungisite, etc. They were mixed with ordinary mortar and molded panels. Everything would be fine, but new concrete grades began to appear – more effective materials – structural and heat-insulating cellular concrete, which allowed to reduce the wall thickness to 28-35 cm.

The reaction was immediate: lightweight concrete with a porous cement stone appeared, light enough and relatively “warm”. Porozovali it as well as cellular concrete – or foam, or gas generators. But at the same time, a problem could arise: is it really lightweight concrete, and not cellular concrete with a porous filler, which pulled a whole string of questions behind it. And is a porous filler necessary for cellular concrete? And if you need it, is it any? And if not any, then what requirements should it meet? And how many it is necessary to enter this “not any” filler? …

Theoretically, a situation is possible where both the strength and the heat conductivity of the filler grain are identical to the surrounding cellular concrete; and the load-bearing capacity and thermal resistance of the building element made of such material should not depend on the amount of filler introduced, nor on the interposition of its grains. We call such a filler adequate. The only factor determining the degree of expediency of introducing such a filler will be the economy.

To this you need to add additional costs for storage, for internal transport, for quality control, for dosing, for the acquisition, installation and maintenance of additional equipment. Each of the concrete ingredients and each new piece of equipment can be a source of unforeseen errors, breakages and losses.

Separately, it is necessary to say about the very important in the modern terms of expenditure – it’s energy costs. It is known that to accelerate the hardening and, therefore, to improve the economy, products made of lightweight concrete are subjected to hydrothermal treatment – steaming. At the same time, energy is spent not on the chemical processes of hydration of cement (they go with the release of heat), but only to increase the temperature of the material, taking into account its heat capacity, so the line for the manufacturing of foam concrete is energy-intensive. At the same time, the energy consumption is practically independent of the presence or absence of a porous aggregate in the concrete. But after all, the filler has once already received its (and a very substantial) portion of energy when it is made (during firing), and here, in the concrete, it heats up again.

In theoretical consideration of a possible adequate aggregate, it is assumed that all its grains are exactly the same, both in strength and in thermal conductivity, each grain is identical to the surrounding concrete. But in practice this never happens. Even if the average grain figures in this batch ideally coincided with the characteristics of concrete, then among the individual grains there will be found both less durable and more “cold” ones. And the average figures vary from party to party. Consequently, when a real porous aggregate is introduced into the cellular concrete, it will inevitably suffer both its strength and heat-protective properties.

If, on average, the aggregate grains are “colder” than cellular concrete, then to restore the design thermal resistance of products, one of two things will be required: either to increase the thickness of the product, or to reduce the density of cellular concrete. In the first case, the consumption of material, labor and energy resources for the extraction, delivery, storage and processing of raw materials will increase, a complete replacement of the park of molds, and possibly cranes, expansion of the steaming chambers will be required, while the plant’s productivity (in terms of square meters of fencing) will decrease the costs for transportation and installation of finished products will increase, the area of ​​construction and on-site warehouses will increase.

In the second case, the strength of concrete will decrease, it will be necessary, at best, to increase the consumption of cement or to integrate the modes of heat treatment, and if this does not help, we must either close the plant or refuse the introduction of a porous aggregate. The same finale is also expected when, on average, aggregate grains turn out to be “warm” but not strong enough.

At present, practically at all large factories that have mastered the manufacturing of foam concrete, the density of manufactured structural and heat-insulating products is 600 kg / m3 at a strength of 3.5 MPa (such indices are obtained on non-autoclaved concrete) – this is a typical technology introduced into the manufacturing of foam concrete and other cellular concrete. If there is a porous aggregate with a bulk density of not more than 300 kg / m3, which ensures the achievement of concrete strength not lower than specified, the possibility of its application is not ruled out.

Some information on this issue is provided by the state normative document – SNiP II-3-79 **, according to which the minimum density of lightweight concrete on porous aggregate (expanded clay) with porous cement stone (without indicating the strength of concrete) is 500 kg / m3 (it should be noted that, according to the same document, the minimum density of cellular concrete is 300 kg / m3).

Assuming that the intergranular voidness of the aggregate is actually 0.5 volume and filled with 600 kg / m3 of cellular concrete (which provides the required strength), the bulk density of the aggregate should in fact not be more than 300 kg / m3. Material with such a low density, although it occurs in the document under consideration, but only in the section of heat-insulating fillings, and not aggregates for concrete.

The porous grain of the aggregate sucks the water out of the surrounding cellular concrete, as a result of which the concrete is compacted, a hardened layer with a variator macrostructure that is capable of absorbing increased mechanical loads is formed around the grain.

In the case of an ordinary, relatively heavy, grain of expanded clay this effect is hardly noticeable. However, a very porous grain with enhanced hyalophilic properties can create a shell stronger than the grain itself. At the same time, the required load-bearing capacity and the necessary heat protection will be provided.

Any questions or comments?

The manufacturing of modern building materials is not necessarily a large manufacturing hall, high pipes and clouds of contaminants. And the equipment for this manufacturing, too, need not necessarily be produced by the giants of the machine-building industry … Without reducing the merits of other building materials, I would like to pay attention to the foam concrete. Developed back in the early 30-ies of the last century, now this material is experiencing a second birth.

Our technical developments, the scarcity of staff and the almost complete absence of overheads make the cost of our equipment 30-40% lower than the cost of similar facilities for foam concrete sold on the market of construction equipment today. The number of parts and automation equipment is minimized, therefore in the installation there are no nodes that create the danger of any frequent breakdown. We will be glad to answer all your questions and suggestions. 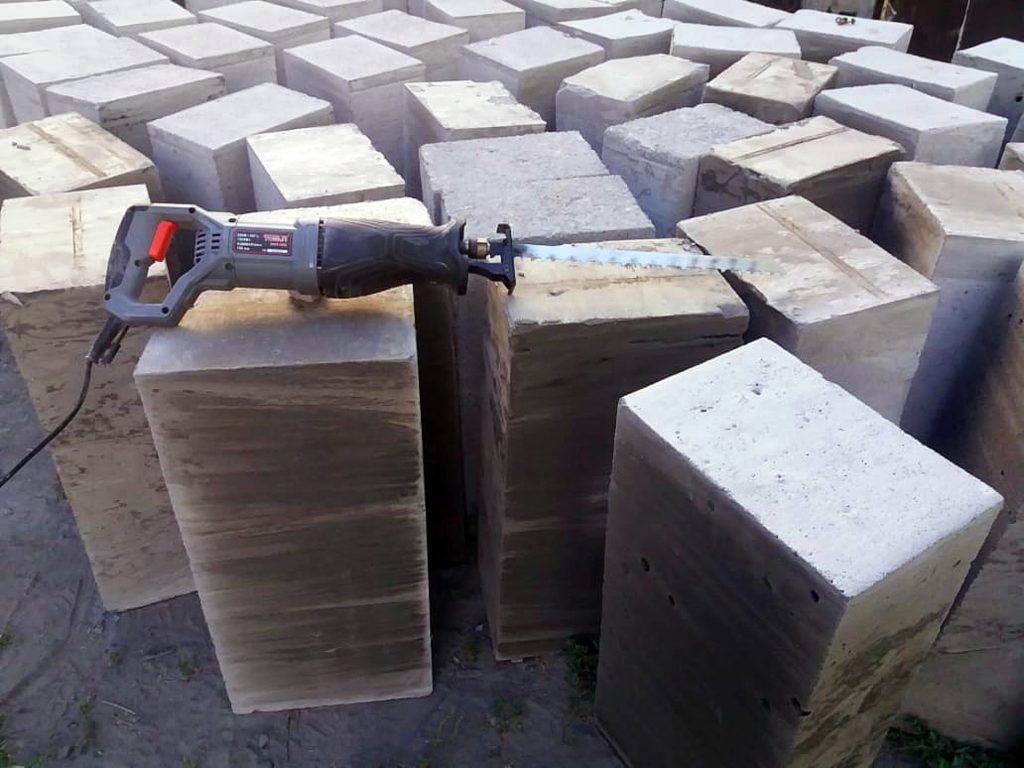 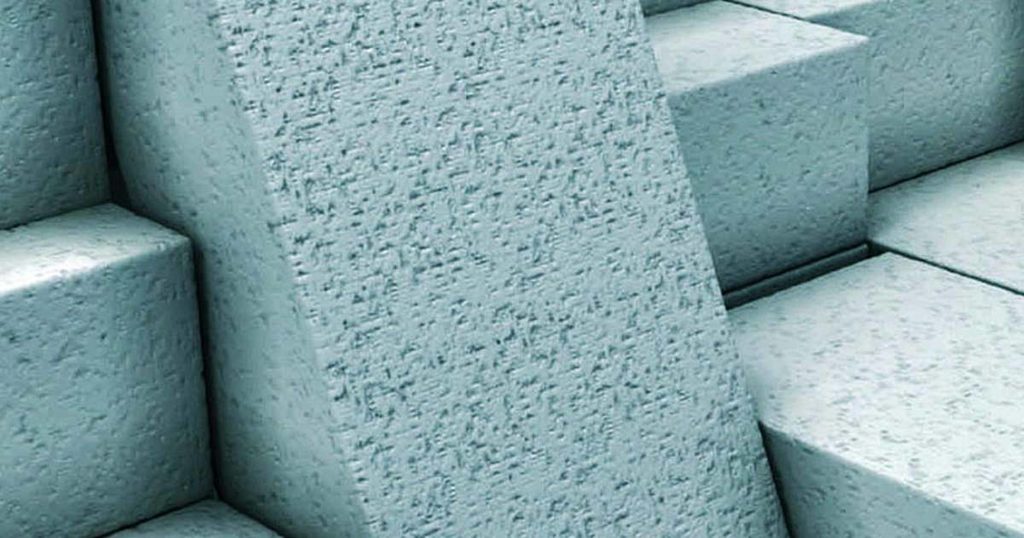